Two young Mormon missionaries were sitting across from me in my living room. Over the course of several weeks, we had been discussing spiritual death and the consequences of sin. I asked one of them how he will be judged by Heavenly Father. With a look of fear and trepidation in his eyes, he expressed hope that God will extend mercy despite his many sins and will look at the desires of his heart to be a better person. He confessed that he will be very nervous on that final Day of Judgment. He told me, “I know that I will have great difficulty looking into God’s eyes.”

These two young men were the fifth set of missionaries with whom I had regularly met. By following the Please Open the Door strategy and using our relational witnessing approach, I am grateful for the opportunities the Lord gave me to share the good news of what Christ has already done for us. I believe every set of missionaries left with a full understanding of sin’s seriousness and free forgiveness in Christ.

During my fourth visit with these two young missionaries, I explained what the Bible teaches about redemption. When Christians talk with Mormons about Jesus Christ, there is a strong tendency to talk past each other. Frustration mounts when they continuously agree with you. To overcome frustration and share the true gospel, take time to define key terms.

The word “redeem” or “redeemer” is a good example.

“A Mormon will refer to Jesus Christ as Redeemer since he paid the debt of all sin through his atonement. As a result, Mormons believe that all people are redeemed from physical death and will be resurrected to appear before Heavenly Father on Judgment Day. Mormons believe that Jesus has paid off the ransom of sin and has given the possibility of being redeemed from their sins based on the condition of obedience. This obedience includes exercising their faith and being valiant in their efforts to carry out the process of repentance. “Because we are accountable and we make the choices, the redemption from our own sins is conditional—conditioned on confessing and abandoning sin and turning to a godly life, or in other words, conditioned on repentance.”

Jesus Christ paid the ransom price that God’s law demanded by suffering and dying on the cross. This payment redeemed the world from the consequence of sin. Faith, based solely on Christ’s perfect obedience, is the instrument that receives the full payment of their sins. (Colossians 1:14) Believers who trust in the completed work of Christ are forgiven of their sins and are debt-free.”

Webster’s dictionary can be a great resource to help explain biblical teachings. I began by asking the Mormon missionaries what are some common usages of the word “redeem” in everyday language. They immediately responded that a person might want to redeem themselves if they have made a mistake or lost an important match. I held up Webster’s dictionary to show that there are other usages of the same word. A person can also redeem a coupon at a nearby store or pay a large sum to redeem a prisoner or ransom a kidnapped child.

I also used the Super Bowl as an example. If we walked up to the stadium on Super Bowl Sunday and asked if we could come inside to watch the game, what would they say? “You need a ticket.” They would not let us in if we told them how good, noble, and worthy we are. Without a ticket, we would be standing outside.

The atonement of Jesus Christ has redeemed all people. He has paid the price for all our sins. Jesus already purchased our ticket to be with Heavenly Father for eternity and avoid the consequences of spiritual death due to our sins. God wants to give us the ticket right now. Believing in Jesus and trusting in his promises (John 3:16) grants this ticket that Jesus already purchased for us. On Judgment Day, Heavenly Father will only look for a ticket because we will never be worthy enough to earn a ticket ourselves. His judgment of our works, our desires of our heart, or our sins could only be used to condemn us.

So then I asked them, “If I purchased a ticket for you to the Super Bowl and offered to give it to you for free, what would you do?”

“I would take it,” one of the missionaries quickly answered.

“When you have an authentic ticket to the Super Bowl in your hand, how confident will you be that you will be able to enter the stadium and watch the game?” I asked.

“I would be pretty confident,” he answered.

I concluded, “I have the same confidence that I will be with Heavenly Father for eternity. This is not based on what I did or can do but solely on the ticket. Jesus Christ, our Redeemer, has paid the price. He has substituted himself on the cross for me, and I have been redeemed. I have ownership of the ticket Jesus has already given to me.”

By taking the time to define “redeem,” I was able to speak directly to them,

“Believe in Jesus Christ, and you will receive the forgiveness of all your sins, the righteousness of his perfect life, and the 100% assurance that you will be judged ‘not guilty.’” 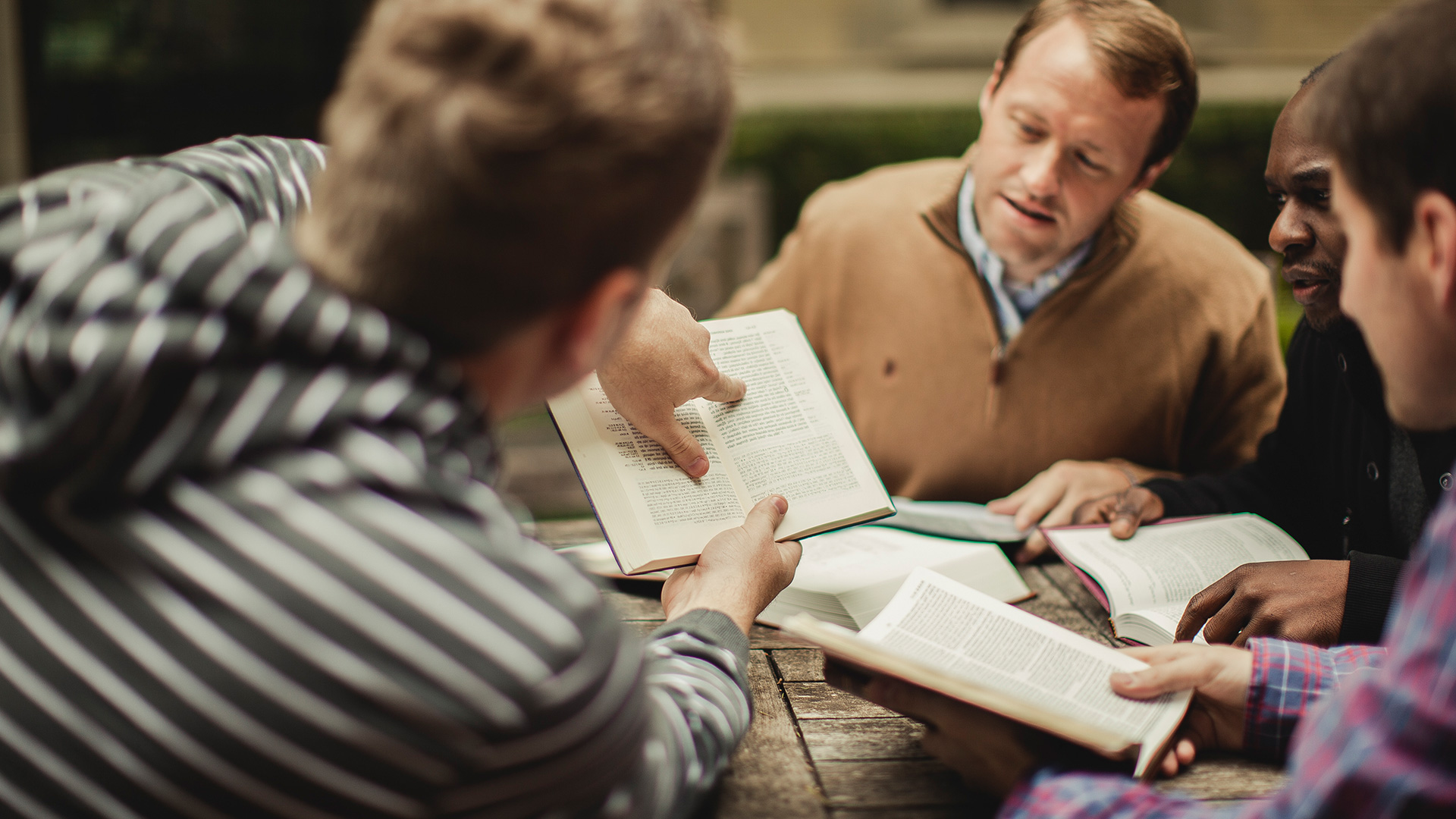 The atonement of Jesus Christ has redeemed all people. He has paid the price for all our sins. Jesus already purchased our ticket to be with Heavenly Father for eternity and avoid the consequences of spiritual death due to our sins.