Unleash the Gospel: How to Stay Focused on the Good News in Witnessing - Truth in Love Ministry Skip to content

Unleash the Gospel: How to Stay Focused on the Good News in Witnessing

The gospel is one of the most wonderful and amazing things on planet Earth. Not only is it the best news known to humanity, it is also the only power on earth making spiritually dead people spiritually alive.

First, consider its content. Every other message in the history of the world pales in comparison.

The proclamation that a war has ended? It’s nothing compared to the gospel message that God has reconciled himself to us through Christ.

An announcement of a cure for a dreaded disease? This doesn’t compare to hearing that Christ has cured us from the cancer of sin.

The newsflash that a humanitarian has given billions of dollars to feed the hungry? This fades into insignificance besides God’s gift of eternal life.

The gospel message of God’s loving actions truly is the best news there is.

And it’s the only thing that can raise the spiritually dead.

Paul emphasized this to the Romans.

“I am not ashamed of the gospel, because it is the power of God for the salvation of everyone who believes”

“Faith comes from hearing the message, and the message is heard through the word of Christ”

The gospel is pure dynamite.

So why don’t Christians use it?

It’s surprising, therefore, that Christians often don’t use it. But maybe it’s not so surprising. After all, this is the last thing the devil wants us to talk about. So, he desperately tries to distract us or convince us to talk about something else.

This is why the fifth pillar of our witnessing approach is to “witness Christ rather than debate Mormonism.” It reminds us not to major on minors or make Mormonism the focus of the conversation, but to keep the spotlight on Christ’s work for us.

How can you stay focused on Christ’s work for us?

One thing that will help you keep that focus is studying the variety of words the Bible uses to describe what Jesus has done for us. We are:

On and on it goes. Each word pictures it just a little bit differently.

Or think of the many images the Bible uses:

These just scratch the surface. The Bible is a treasure chest filled with gospel pictures, words, illustrations.

Major in the Good News

Rather than studying Mormonism and becoming an expert in it, be a gospel expert.

It’s the best news in the world. It’s the only thing powerful enough to create faith.

See this, be convinced of this, and then unleash the wonderful, amazing gospel.

Witness Christ rather than debate Mormonism. 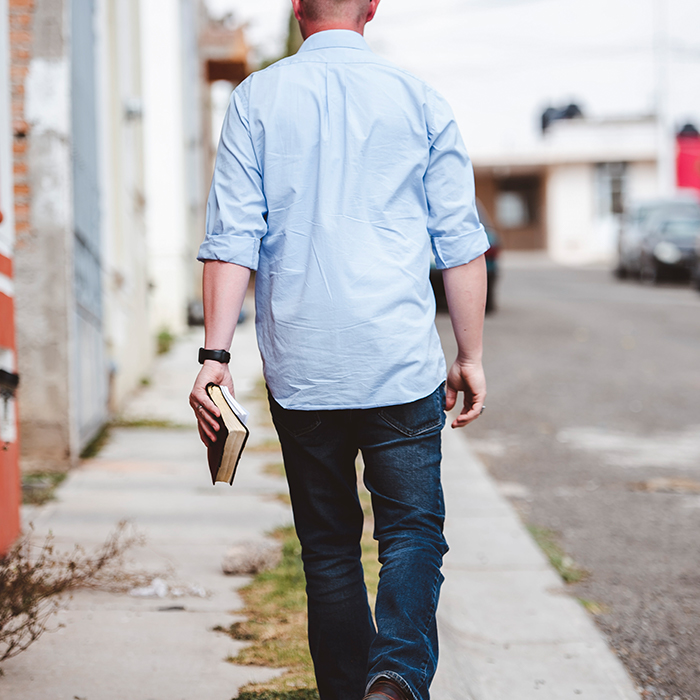 Why is the gospel the best news in the world? It's the most wonderful and amazing thing on planet Earth. How can we stay focused on the gospel in witnessing?