Are the Mormon Jesus and the Christian Jesus the SAME Jesus? - Truth in Love Ministry Skip to content

Are the Mormon Jesus and the Christian Jesus the SAME Jesus?

Have you ever walked away from a witnessing conversation with a Mormon, thoroughly confused and conflicted because they had done their best to convince you that they believe in the same Jesus as you?

If you have had one (or many) of those perplexing conversations and have been ‘tempted’ to think, “Maybe some Mormons somehow do have saving faith in Jesus,” you are not alone. I have had my fair share of those challenging exchanges and have heard many others express similar sentiments.

Sometimes after those conversations, some Christians conclude that what the average Mormon believes about Jesus and the gospel is not what they had been taught Mormons believe about Jesus and the gospel. Others will bring up the fact that their Momon friends don’t even appear to “believe” what the LDS church official teaches. Because of those personal and professional interactions with Mormons, well-meaning Christians have gone as far as stating, “Don’t focus on the differences, focus on the similarities. The divide is not as wide as it first might appear,” (“How Wide the Divide?: A Mormon & an Evangelical in Conversation”) or “In the end, Mormons and Christians love the same Jesus.” (Dallas Jenkins, LDSLiving podcast interview).

Is it wise, though, to attempt to narrow the divide between Christianity and Mormonism? Is it accurate to say that Mormons and Christians “love the same Jesus?”

One Word Changes Everything

During a lengthy series of written conversations with an LDS missionary, I once shared an explanation article that I thought he would adamantly reject because of the contradictions. But instead, he said, “The LDS church and I believe that same thing. Thanks for sharing that.” To which, I initially thought, “No, you don’t, no they don’t,” until I realized that the whole article hinged on the common word “faith” and a proper understanding of what “faith” is and does.

I then explained what Christians and I mean by “faith,” and he confirmed what the LDS church teaches about “faith.” He then said, “Well, with that meaning of faith, neither the LDS church nor I would agree with that article AT ALL. It’s too easy. That’s not the true gospel. That’s why the restored gospel was necessary. You’re missing the essentials.”

Knowing how Mormons use familiar Christian words and unpacking them is an essential and challenging part of witnessing. I am constantly referring back to our Dictionary of Mormonese to seek clarity and conciseness. There have been other occasions where the whole conversation came down to different Mormon and Christian meanings for essential concepts like “the gospel,” “salvation,” and “repentance.”

The Same Historical Jesus, But Not the Same Soteriological Jesus

In addition to the confusion caused by ‘the same word, different meaning conversations,’ I can certainly understand those who say, “Not all Mormons know or believe what official LDS doctrine states.” But that is far from saying that Christians and Mormons love the same Jesus.

Like Jews, Muslims, and even demons, Mormons acknowledge that a historical Jesus of Nazareth existed and have a basic understanding of who he is and what he did. In that sense, they believe in or know about Jesus. But that does not mean that Jews, Muslims, demons, and Mormons, love, trust, and worship the same, Jesus.

Because the Mormon view of salvation is so vastly different, so is their view of Jesus. Mormons and Christians can be looking at and talking about the same Jesus and not love, trust, and worship the same Jesus at all. One view leads to a belief that results in eternal life in heaven, the other in hell.

Compare the Mormon and Biblical Jesus

Biblical Jesus says, “I have saved you by grace alone.”

Biblical Jesus says, “The gospel is what I have done.”

Biblical Jesus says, “I gave you the gift of salvation.”

Biblical Jesus is our perfect substitute.

Biblical Jesus says, “By nature, you are dead in your transgressions and sins. I can make you alive.”

Biblical Jesus says, “I am God from eternity, who became man to live under the law and die for you.”

Biblical Jesus says, “It is finished. No more can be done.”

Biblical Jesus says, “I am the way.”

Biblical Jesus says, “The Father and I are one.”

Biblical Jesus is the creator of all things.

Biblical Jesus says, “Many will go to hell.”

Biblical Jesus says, “I have gone to prepare a place for you so that you can be where I am.”

Mormon Jesus says, “Saved by grace alone; after all you can do.”

Mormon Jesus says, “The gospel is what you must do.”

Mormon Jesus says, “I gave you a plan of salvation.”

Mormon Jesus says, “You are born with divine potential; here are the steps for your progression.”

Mormon Jesus says, “I was once a man who became a god, and you can too.”

Mormon Jesus says, “I started it, now finish the job by obeying me.”

Mormon Jesus says, “I will show you the way.”

Mormon Jesus says, “We have one purpose.”

Mormon Jesus says, “I paid your debt. Now you owe me.”

Mormon Jesus is a created being.

Mormon Jesus says, “In the end, you will go to a place that’s comfortable for you.”

Biblical Jesus is a substitute who stepped in to did what we never could.
Mormon Jesus is primarily an example to follow.

Biblical Jesus says, “By nature, you are dead in your transgressions and sins. I can make you alive.”
Mormon Jesus says, “You are born with divine potential; here are some pointers on progression.”

Biblical Jesus is the creator of all things.
Mormon Jesus is a created being.

Biblical Jesus says, “I have gone to prepare a place for you so that you can be where I am.”
Mormon Jesus says, “In the end, you will go to a place that’s comfortable for you.”

The list could go on and on, but I think you get the point. One word or phrase is often the only difference between Mormon and Biblical Jesus; however, they are not the same. Not even close.

Why does this matter?

Satan has been using subtle deceptions like this for thousands of years.

Sometimes, Satan, the “Father of Lies,” does his work by leading people to think they will find life and salvation by breaking laws, living for themselves, sometimes referred to as “licentiousness.” Other times, the evil “Prowling Lion” leads his prey to believe they will find salvation by keeping the rules, finding pride in themselves, sometimes referred to as “legalism.” And in this case, Satan parading as an “Angel of Light” leads his Mormon victims to think they will find life and salvation in a “lookalike” gospel, a “Me + Jesus” or “Jesus + Me” theology that starts with Jesus but quickly turns back to self and back to rules.

If the “Great Deceiver” can convince a whole worldwide church that they are being saved by their belief in a lookalike Jesus when they aren’t, the result is the same as outright licentiousness and legalism. He gets people to reject God for self-salvation projects that all produce the same outcome, hell, and eternal damnation.

That’s why this matters.

Many Mormons and Christians already have a hard time seeing the vast difference between Mormonism and Christianity, and, often for one reason or another, they don’t want to.

Christians must not, dare not be afraid to call Mormonism what it is, a false, heretical religion that does not love or worship the same Jesus.

Boldly Speak the Truth in Love

Because of this vast wide divide, there is a great urgency to reach those lost in Mormonism’s lies with the true gospel of Jesus Christ. Speaking the truth in love to Mormons at times means being willing to say quite pointedly, “We do not love the same, Jesus. Can I please tell you about the Jesus I love?”

Loving Mormons at times means being like Peter in the Sanhedrin, boldly proclaiming, “The stone you builders rejected has become the cornerstone.” Peter made this incendiary statement to the rulers, the elders, and the teachers of whom many would have said, “They love the same God.” But then, after calling their lookalike unbelief for what it was, he pointed them to Jesus and stated, “Salvation is found in no one else, for there is no other name under heaven given to mankind by which we must be saved.” (Acts 4:11-12) Boldly, trusting in the power of God’s Word, we can do the same, confidently declaring Jesus’ true and saving name. 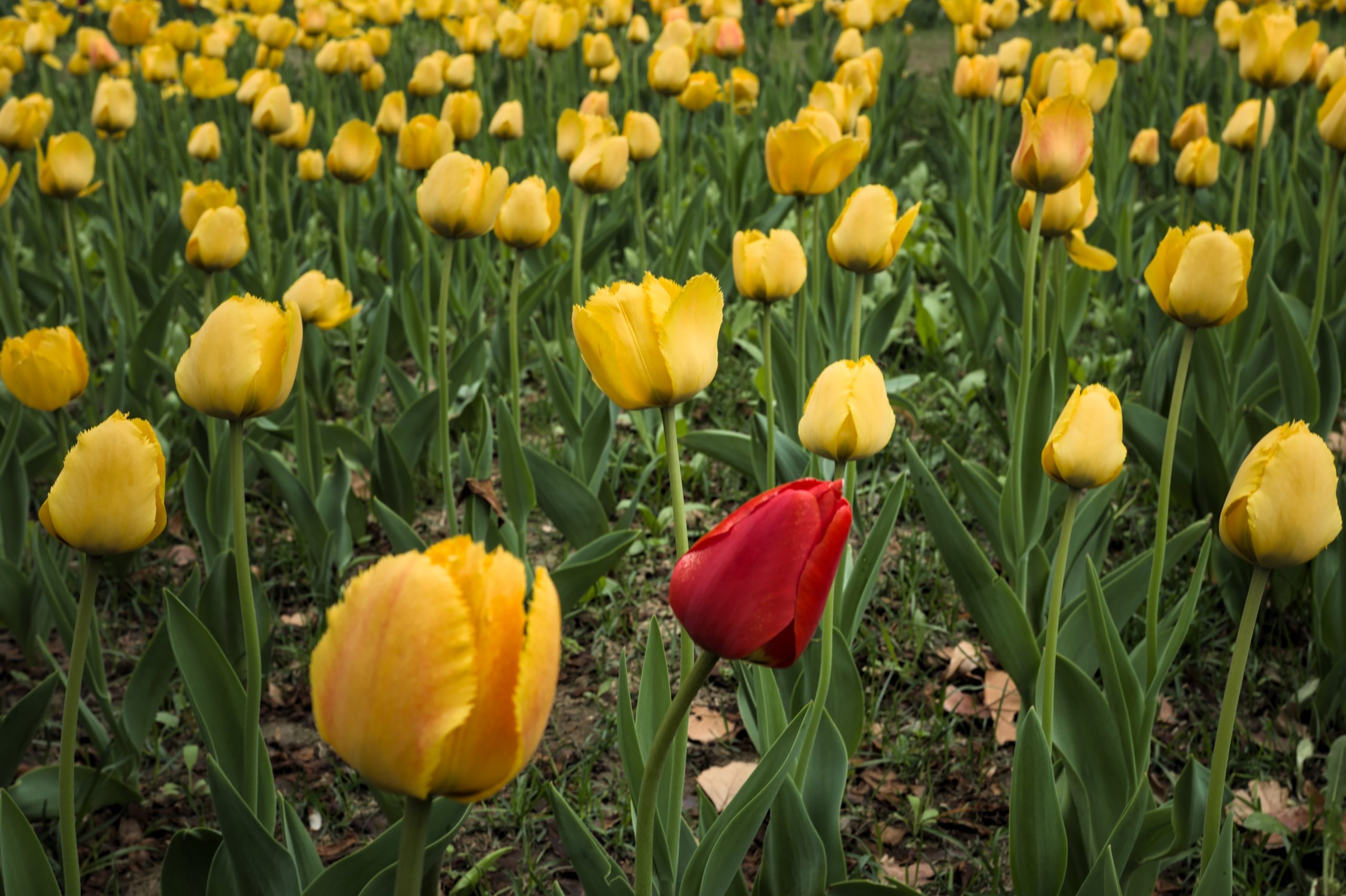 Is it accurate to say that Mormons and Christians “love the same Jesus?" Why does this matter? How can one word make all the difference?

Our free guide explores more than 25 key Christian teachings, as conveyed in the Bible and compares each with what Mormonism teaches, according to LDS sources of authority. Complete the form below to receive your free download today!

4 thoughts on “Are the Mormon Jesus and the Christian Jesus the SAME Jesus?”